According to an independent review carried out for the Government, the figure is staggeringly high. With all things considered – including lost productivity, time spent on sickness absence management and healthcare – sickness absence is estimated to cost the UK £15 billion every year. Perhaps more surprising still is that a large proportion of this annual £15 billion cost is attributed to conditions that are largely preventable, particularly with the right support.

Breaking the net figure down into some of its constituent components yields telling insights and indicates a number of areas in need of focus. For example, smokers on average have 33 more hours off sick each year than non-smokers, whilst obese individuals take an average of four extra sick days annually. Amongst the most expensive of issues however is mental ill health which, according to the National Institute for Health and Care Excellence (NICE), can cost an organisation with 1000 employees around £835,000 every year.

What can be done?

The problem of sickness absence is notably most pronounced in the public sector where employees take, on average, 9.1 days a year off due to sickness (compared to 8.8 days in the non-profit sector and 5.7 in the private sector). Focusing then on the public sector and taking as an example its largest employer, the NHS, what are the extent of the savings that potentially stand to be made?

According to the NHS’s Five Year Forward View, the organisation could add the equivalent of almost 15,000 staff, 3.3 million working days and £550 million if it is able to reduce its overall sickness absence by a third. For these reasons, as well as “to ensure the NHS as an employer sets a national example”, the Five Year Forward View places a significant emphasis on highlighting the ways in which the health of the health service should be improved. The recommendations include a raft of measures such as cutting “access to unhealthy products on NHS premises”, something that has been given significant weight by the recent introduction of a 20% sugar tax in hospitals.

In order to fully achieve the ambitious goals of the Five Year Forward View however, NHS England’s interventions will need to extend further than hospitals’ walls. As Dame Carol Black and David Frost CBE unambiguously demonstrated in their 2011 independent review, “most sickness absence is not caused or made worse by the workplace”. In other words, effectively targeting lifestyle habits and wider wellbeing is essential to improving the health of staff.

How is lifestyle change being encouraged elsewhere around the country?

Newcastle City Council: is one area that’s taken the Five Year Forward View’s recommendations seriously and put a number of initiatives into practice, particularly insofar as workplace health is concerned. In a recent interview with Health Diagnostics, Lynda Seery – Newcastle’s Public Health Specialist – explained how the council’s NHS Health Check programme offered the perfect opportunity to improve the wider wellbeing of people working in Newcastle by offering them “a moment in time” in which to raise awareness around lifestyle and create a plan for change.

Having conducted workplace NHS Health Checks on the city’s 600 eligible police men and run extensive projects with a local HMRC facility that employs 14,000 people, the council – with the help of local outreach teams – are now engaging with local taxi drivers. What’s more, due to the sedentary lifestyle that the taxi-driving often involves, many of this group fall into the ‘at-risk’ category when it comes to conditions such as cardiovascular disease.

Further initiatives explored by the Newcastle City Council have included forging links with the local Trade Union Congress (TUC) in order to help spread the message of workplace health checks to employers across the region, and encouraging Newcastle-based organisations to sign up to the North East Better Health at Work Awards. In what would appear to be a conducive local climate for encouraging workplace wellbeing, these initiatives are resulting in significant benefits being felt across the city. 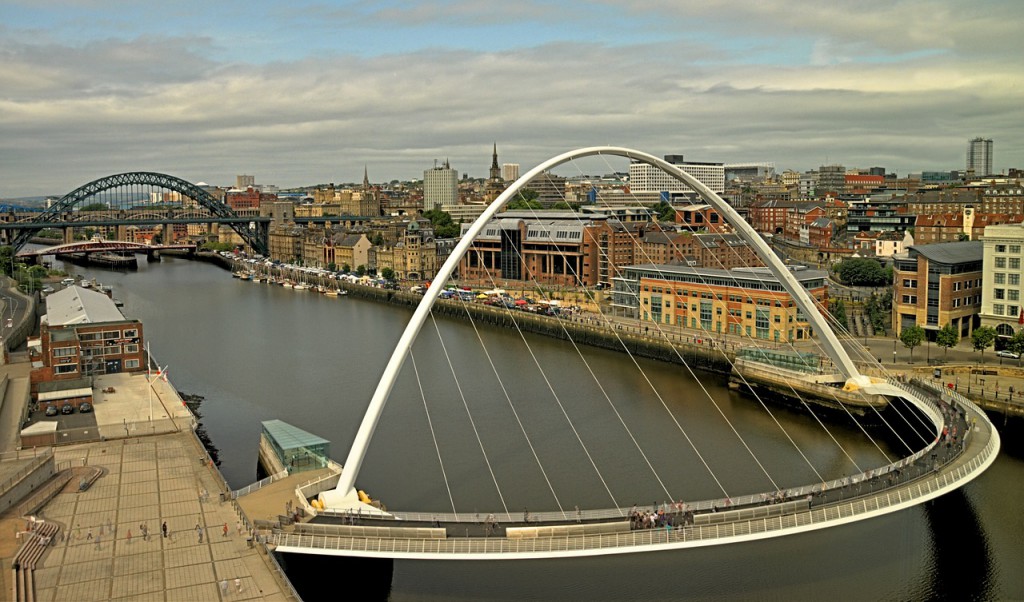 Knowsley Council: is another area that has been pioneering workplace health by working with the Knowsley Chamber of Commerce and hundreds of local businesses to implement the local ‘Working Well’ programme. The scheme, which has been the focus of in-depth Local Government Association (LGA) case studies, asks businesses to sign up to a series of six standards in return for advice and support from various services. Devoted to improving health in the workplace, these standards cover alcohol, smoking, mental health and wellbeing, physical activity and safety.

With over 700 businesses and 25,000 now taking part, the scheme has gone from strength to strength and has the outcomes to justify it. As LGA observe in their document assessing Public health transformation three years on, “days lost from sickness absence in participating businesses have reduced from 1.5 to 1.3 per cent, and with trends in other areas of the North West increasing, this is significantly benefiting the local economy”.

Coventry City Council: a ‘Marmot city’ that places a particular emphasis on tackling health inequalities, has introduced a range of measures to promote workplace wellbeing. Having signed up to the Workplace Wellbeing Charter and with over 40 local organisations now taking part, the council are reporting “falls in sickness rates and improvements in staff morale”.

In addition to running workshops for local businesses and sessions for employees “on everything from mental health to physical activity”, individuals are also being actively referred to the local NHS Health Check programme and 12-week healthy lifestyle courses. Similar to Newcastle City Council, the approach has both encouraged the integration of public health services and ensured that contacts are truly made to count.

What are the next steps?

The evidence from independent outcome studies is unequivocal, with a recent large-scale meta-analysis from the Cochrane Work Group concluding that “workplace interventions are effective in helping workers get back to work and in reducing duration of sickness absence”. Moreover, with the London Health Workplace Charter estimating an average return on investment of £9 for every £1 invested as a result of reduced sick leave, staff turnover and increased productivity, it would be irrational for organisations not to be promoting the kinds of schemes already being implemented in Newcastle, Knowsley, Coventry and elsewhere.

Rather than it being a question of ‘why?’ then, it’s rather more a question of ‘how?’. As Newcastle City Council in particular have shown, hosting workplace health checks for organisations not only takes advantage of the harnessing the venues in which people spend a huge amount of their lives, they also present a perfect opportunity to inform people of the things about themselves that could be affecting their health. Chiefly, when completed in motivational and client-focused way, they can result in the kind of non-judgemental and honest conversations that are so crucial to changing hearts and minds.

On an evaluative level and thinking about the kinds measures that could be used to assess the benefit of such a scheme, Dame Carol Black, in a presentation delivered to The Work Foundation in November 2015, isolated the following KPIs:

However, one potential KPI not included here (and one that is both essentially important and notoriously difficult to identify in equal measure), would be the level to which employees feel empowered to shape their health and influence their prospects.

As Professor Michael Marmot showed in his seminal study, Health inequalities among British civil servants: the Whitehall II study, “self-perceived health status and symptoms were worse in subjects in lower status jobs”. Clarifying the implications of this finding and setting out the central argument of his 2015 book The Health Gap, Marmot explains that “tackling disempowerment is crucial for improving health and improving health equity”.

Whilst effectively achieving this requires focused efforts to change the ‘social determinants’ of ill-health (i.e. the causes of the causes of ill-health, many of which are socially, economically and environmentally defined), individual-level interventions also hold great promise. What’s more, empowering people with insight into their current health status, demonstrating the potential implications of certain behaviours and supporting those people to take ownership of their own lifestyle change, is all possible during a client-focused health check if the right resources and training are in place. It’s precisely this cause that Health Diagnostics will continue to champion, having done so for the past thirteen years.